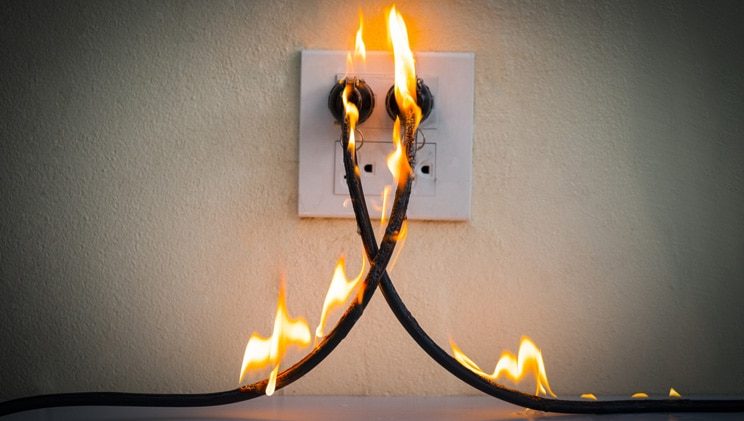 Do you want to protect your electronic appliances and equipment from electrical surges? Electronic devices are sensitive to changes in electric current. A power surge can damage your appliance wiring or completely fry the equipment.

According to the National Electrical Manufacturers Association, commercial and domestic users account for 60-80% of power surges hence the importance of installing a Whole House Surge Protection to protect your vital electronic installations.

What Is a Power Surge?

A power surge is a sudden or unexpected increase in power voltage or current that damages and degrades sensitive electrical equipment and appliances. Power surge arises when excess power voltage is directed to electronic devices.

The 4 Common Causes of Power Surge

A Power surge can last for a fraction of a second by will cause lifelong damage to your electrical appliances and equipment.

Here are the common causes of power surges;

Drawing excessive current from a single circuit power outlet can lead to a power surge. The overuse of a power outlet causes electrical overloads, which may raise the voltage.

When electrical systems are subjected to lightning, their functionalities are compromised by the excessive and overwhelming load of current spike that leads to a power surge.

Poor wiring systems are vulnerable to a power surge by offering minimal resistance to the currents flowing via the wires.

Here are the tale signs of poor a poor wiring system:

When power resumes after a blackout, there is a sudden flow in electric current in the grid that can lead to a power surge.

How To Protect Your Electrical Equipment From Power Surges

Here are different types of surge protectors embedded in a protect house surge protection unit to protect your electrical devices;

Internal outlet protectors control voltage surges from a building or other electronic appliances or equipment like air conditioners, desktop computers, and washing machines.

Do you need a Meter Base Surge Protector to protect your electrical equipment and loved ones from frequent power surges? Do you need a state-of-the-art security system to monitor your property? Contact or connect with us on Facebook or YouTube today. Our team is on standby to attend to your calls.